on July 06, 2009
July 1st marked the end of my 30 day soda Challenge, and I absolutely freaking dominated it.
It was actually incredibly easy to do, but there are some items I wish to discuss. First of all, seeing as how Traci decided Red Bull counts as soda, I had to switch up my AM energy supplement routine (by AM supplement routine I mean drinking Monster's in the shower). 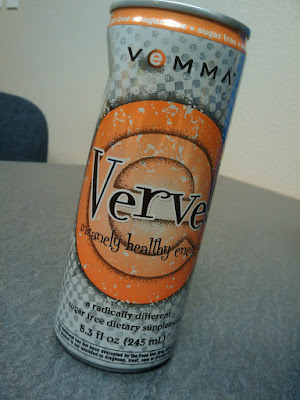 I tried this drink called Verve. This stuff sucks. It is the grittiest stuff I have ever drank, it felt like I was drinking a glass of beach sand. Second, guess what doesn't count as soda... milkshakes. Most of the meals I ate substituted a milkshake for soda... pretty sweet, right? That last bit probably helps explain why I weighed in at 215 when we started this thing and my ending weight was 214. Never the less, I am officially declaring that the Soda Challenge is an ineffective way to loose weight, but more importantly it is a very effective way to increase you milkshake consumption. So I had just beaten the Soda Challenge, what was I gonna do next? I went to the QT first thing in the AM and bought a 52oz Code Red of course (suck it Disneyland)! 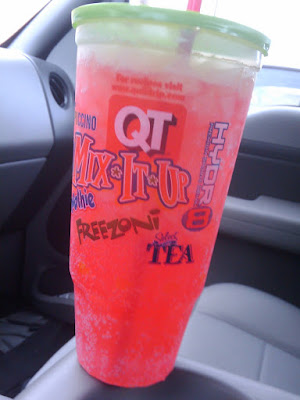 So any suggestions on which video game I should pick as my prize?
(BAPs earned for Soda Challenge: Zero, too dang easy to earn any BAPs)
Health and Fitness