on September 12, 2009
It's been a long trip, but I am finally back from Tuscany... OK that Tuscany part is bull shit, I've just been too busy to post anything good up here. Let's be honest with each other though, the stuff I have been posting, has been pretty damn good, it's just not Dolphin Free good... which reminds me, where the hell have the other authors of this blog been? Not that it matters, I'm just curious. Anyway...


There is a lot to talk about, but let's start with websites that have been keeping from doing important things:

I also have accidentally found a way to vent some of my pent up frustrations towards fraternities by playing Monopoly City Streets. Basically it is a big ass game of Monopoly, using Google Maps as the game board and you play against people all over the world. Anyway, I decided I was going to buy Mill Ave. but to my dismay noticed that a frat had already done so. They also had some other high dollar streets I wanted... so I have been sabotaging them using chance cards in the game (putting hazards on their streets so they don't earn money). That sounds dumb when I read it out loud, but screw you, it's fun for me and most likely annoys them.
Side Note: Check out this picture, it is awesome: 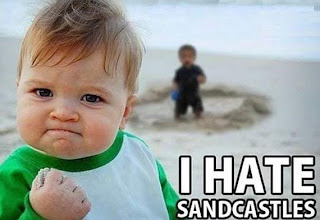 I hate sandcastles too man

Moving on, a while back I emailed my wife and mother to see if either one could do me a solid, both refused. So I am going public; I will not have a child until some one makes me this (click here). Seriously.

Well I think that's about all for now.... WAIT!
I will leave you with this picture of Kwoo wearing sunglasses underwater (unnecessary) and me dead lifting Rob's dog (necessary).
Enjoy. 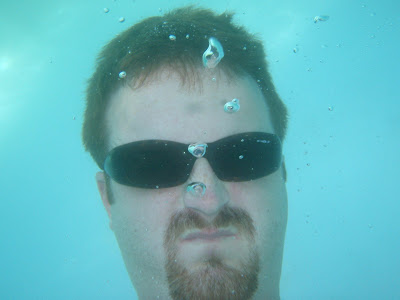 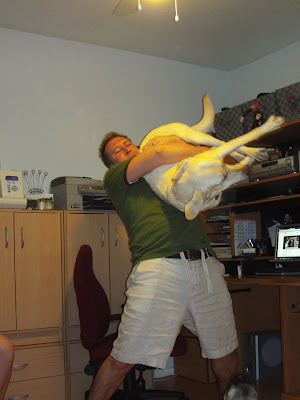