Some More Thoughts about Project Fi

This post originally started as a response to a comment about people quitting Project Fi too early and not letting the Project grow and improve... but it got long, so now it's a blog post. Boom. 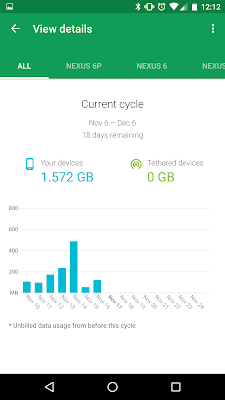 I agree with many that Project Fi is still in its early stages, in “Project” mode, and has not been around long enough to work out all the kinks. The things some people say it offers that other services don’t (cross device calls and texts) can be achieved for free with Google Voice and there is very little difference to the end users. The biggest things Project Fi has going for it are these two things:

This could/should be huge… like really super duper huge. Free high speed WiFi all over the place. Stream and browse at will! That said I’ve been on Project Fi for 4 months and have only had 3 or 4 keys. This needs to improve drastically in order to mitigate the large price increase people coming from far more data friendly plans would be hit with.

2. Use of the routing number as the actual mobile number
With Google Voice I still had a cellular number that would occasionally “slip” out from a text or call that I forgot to send through Google Voice. Things like “OK Google send a message” would not use my Google Voice number without a bit of sorcery. Same goes for in car infotainment systems, Bluetooth devices, etc. Project Fi has completely solved that problem for me and allows me to use other services (like Switch.co for work) in conjunction with Project Fi whereas it was not possible with Google Voice.

The absolute worst part of Project Fi is how much I worry about data. For a company that wants me to use the internet and their services, I’ve really had to cut back on my usage in order to keep a reasonable bill. I use less Google Music (at a lower quality), I make less video calls via Hangouts to the wife and child, I don’t back up photos as regularly (which scares the shit out of me), and I worry about pre loading maps and stuff while on WiFi before I travel. I feel like I have this awesome device I’m not allowed to use away from home or work. Having come from T-Mobile (and I still have a line there) worrying about data is a foreign concept to me, and I hate it.

Right now (as I mentioned in another public post about the service) the pros of my Project Fi number being the actual cell number outweigh the cons of my constant data worrying… but how long can I use a service that solves a problem while annoying me? I don’t have that answer yet.
google Tech